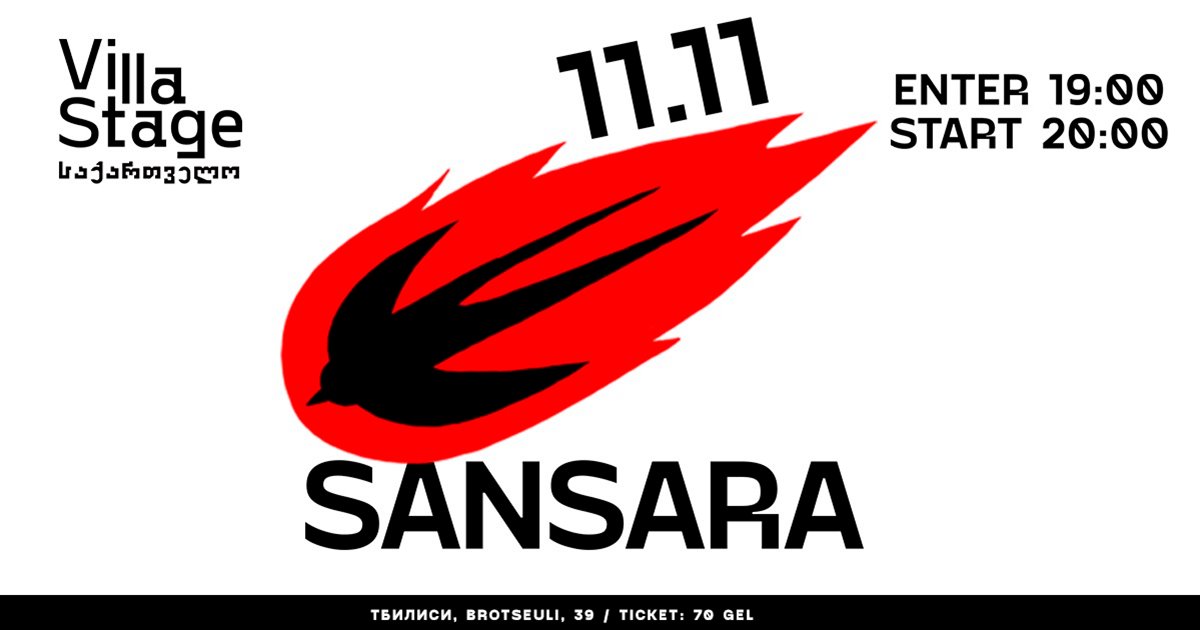 The Ural band Sansara has more than a dozen albums in genres ranging from indie rock to spoken word. Musician and poet Sasha Gagarin is the band's frontman. He is the author of such well-known tracks as Oblaka, Loving Eyes, K Oseni, Lastochka, We Will Become Better, Ugol, Chyolka. The band's songs have been included in the soundtracks of popular films (Arrhythmia), and their music videos have received awards at international festivals (Cannes Lions 2022, London International Awards 2022, UK Music Video Awards 2022). The emotional intensity of their concerts, whether it be the whole band's or Gagarin's performance, is especially appreciated by their fans. After the outbreak of the war, most of the musicians left Russia and settled in the Balkans. Sansara continues its active concert activity, releasing new iconic topical songs like Gorko and Zmeyka.