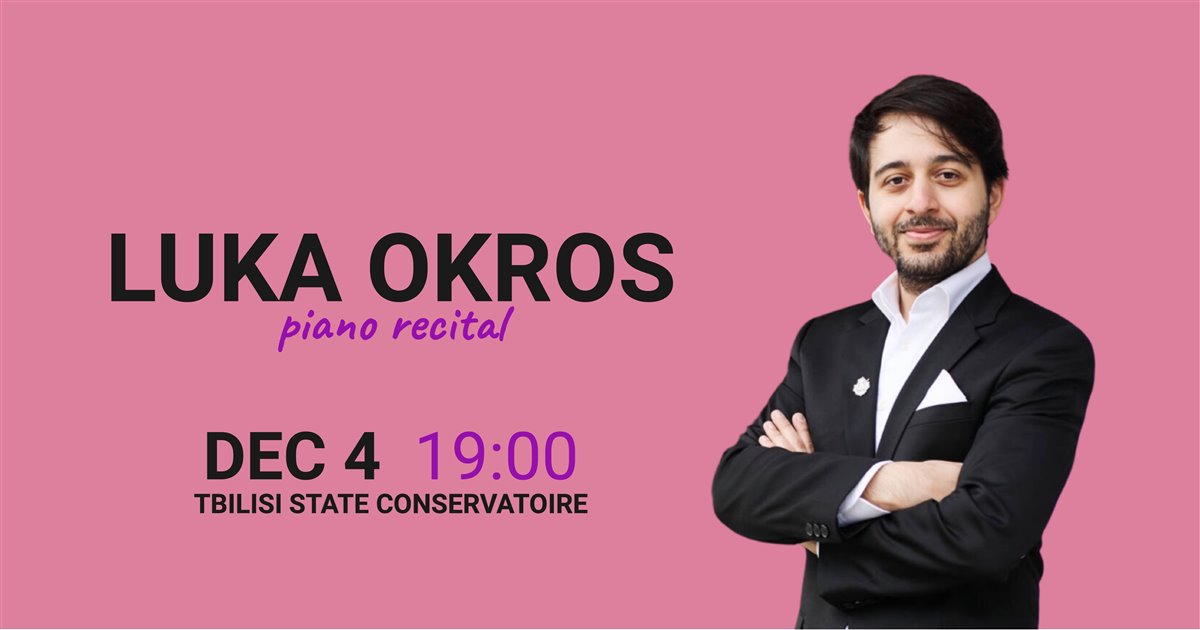 Hear a selection of lyrical works played by London-based Georgian pianist Luka Okros, who returns to the Grand Hall of Tbilisi Conservatoire with the solo recital. He will enchant you with an exquisite program. Fantasy and imagination permeate this evening’s musical selection, an ideal showcase for his remarkable musicality.

Described by critics as “Intense, strong and natural, with an impressive creativity”, Luka Okros has gone on to earn an international reputation for the passion and excitement he brings to his live performances.

In addition to his career as a concert pianist, Luka works on creating an album of his compositions. One of the pieces was filmed and premiered by Het Concertgebouw’s Sessions.

Since 2021 Luka has been appointed as the Assistant Artistic Director at Bechstein Hall – London’s new concert venue opening in 2023 on 22 Wigmore Street.

“An impressive display of virtuosic pianism”

“Okros has the extra something, the exclusive element that runs away from any definition”